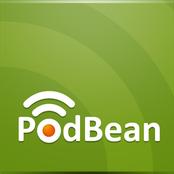 ​​​Check out this Podcast where Christopher Epling from "Monk Media" interviews me about all things "Mystic Forces".

You are Shinkai, gifted with the ability to control the five Mystic Forces with which you can learn the art of conjuring to do battle with your enemies.  Learn the art enchanting and harness the powers of the Mystic Forces to create your own magical items, or transform yourself into a Dragonknight; a powerful dragon-like creature capable of flying and performing lethal breath attacks.

It is now the year 600 AA, and with the growing threat of the Corruption, the race to reactivate the once-mighty spires, which have the ability to heal the land, is in full flight.  Kings of all lands are pouring their resources into the restoration of the Defenders’ and the fight against the Corruption.

Many fear the fate of all of Oryathar is set on a path of annihilation, and that the mounting hordes of corrupted creatures are an unstoppable foe.  But with the rebirth of the Shinkai, events are bound to change.  The land may yet fall to the Corruption, but not without a fight.  Not as long as you -- Shinkai, still retain hope.

You have been born to reclaim the lands from the grip of the Corruption, and see the Defenders restored to their former glory!  You have the ability to stand against the darkness that threatens all.  But beware, for the influence of the Corruption is great, and you too could fall prey to its evil.

With two Shinkai types, seven primary areas of specialization, and seven unique races from which to choose, each of which has their own set of powerful racial abilities, the possibilities for character creation and playing styles is nearly limitless.

All rules needed to play Mystic Forces, including creatures and game mastering, are included in the core rulebook.

Experience the intensely mystical world of Oryathar in this exciting fantasy roleplaying game from Noble Quests!

Here is a video review of Mystic Forces by Abraham Zetina, who does reviews for rpggeek.com.